With more and more cyber incidents stemming from vulnerable RDP ports, our Incident Response Team has provided some more information about this technology and steps that businesses can take to protect themselves.

What is Remote Desktop Protocol (RDP)?

RDP is a proprietary Microsoft protocol that allows a user to access their desktop and computing resources remotely from another computer. It is also sometimes referred to as Terminal Services.

Why is RDP vulnerable?

The presence of RDP being available over the internet can be easily detected by people scanning the entire internet. Cyber criminals routinely attack computers and servers where RDP is accessible in order to install malware such as ransomware, or to using the computer as a staging post for other attacks.

They attack RDP in various ways such as brute-forcing their way into the network by trying millions of different passwords that have been exposed in previous breaches, or by using compromised passwords from phishing attacks against the company. RDP is also subject to several software vulnerabilities that if left unpatched can allow an attacker access into your computer network.

Suggested steps to protect your network

Have a question? Reach out to our Cyber Incident Response Team today. 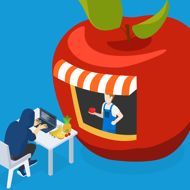 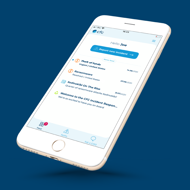