Extortion threat dynamics in Europe, Turkey, Russia and the FSU

Extortion simply defined is the unlawful extraction of property, including monies, goods and/or favours and privileges by way of various coercive and violent methods. The exploitative nature of extortion, combined with economic benefits, distinguish it from other crime forms.

The below is an abridged version of the original report.

Extortion can manifest in a variety of criminal behaviours, including but not limited to, blackmail, the illicit sale and provision of protection, kidnap for ransom, racketeering and even product extortion. Furthermore, when it comes to extortion demands, they may present in a variety of forms, and may be a once-off payment, or in many cases, a regular financial or other concession. Although extortion has traditionally been the remit of Organised Criminal Groups (OCGs), actual extortive behaviours permeate throughout private and public sectors, and involve individuals, loose criminal networks, as well as public and corporate officials.

Extortion presents as a well-established and credible security threat in many locations within Europe, Turkey, Russia, and countries within the former Soviet Union (FSU). While the presence and credibility of extortion threats in the above mentioned areas is undeniable, the scope and scale of such threats remain difficult to quantify. Extortion incidents are poorly reported as affected individuals and business entities are often fearful of repercussions, both from the perpetrators, and issues stemming from potential legal ramifications and reputational risk. The real or perceived possibility of law enforcement officials being in collusion with extortionists also contributes to an under-reporting of extortion incidents.

Perpetrators: Motives and tactics
The majority of extortion and associated criminal activity within Europe, Turkey, Russia and the FSU, is perpetrated by a variety of OCGs. Loose criminal networks, and individuals, pose a secondary threat. Politically motivated groups and extremist radical organisations present as an additional extortion threat within the above-mentioned regions. Finally, in some areas, state-sponsored groups pose a known, yet unquantifiable threat.

Organised crime groups (OCGs)
Organised crime is a long-standing security concern in many areas of Europe, Turkey, Russia and the FSU, with national and transnational criminal syndicates involved in a wide array of criminal activities for financial gain across the continent. According to Europol’s SOCTA 2017, there are an estimated 5,000 OCGs operating internationally, involving over 180 nationalities. OCGs are most prevalent in countries such as Russia, Italy, Spain, Romania, Hungary, Bulgaria and to a lesser extent, Greece, Slovakia and the UK.
Common types of criminal activity used by OCGs include drug production and trafficking, prostitution, human trafficking, fraud, currency counterfeiting, counterfeiting, illegal trade in firearms and kidnapping. In order to mitigate associated criminal prosecution, reducing operational costs and increase profit margins, OCGs are typically active in more than one of the above criminal activities.

Individuals and loose criminal networks
Individuals, as well as unsophisticated groups or loose criminal networks operating independently, present as a secondary extortion threat in the region. This perpetrator type may be a single person (such as a disgruntled employee), or a number of criminals joining resources on an ad hoc basis for a specific criminal venture. Although such individuals and groups are present throughout the region, their operational capacity is limited in comparison to OCGs; they are primarily focused on a single/specific extortive criminal activity and are usually dependent on a single methodology. Extortive behaviour attributed to individuals and/or associated criminal networks is usually personally or financially motivated.

Individuals either representing a cause or acting on their own behalf also engage in extortion, targeting organisations and often, wealthy individuals. Disgruntled current or former employees or individuals may also target businesses, including specific senior employees. Such individuals rely on threats to coerce a settlement; these are usually based on some prior knowledge of personal or potentially damaging information about the victim, which may or may not be real.

Geographical spread
A country’s level of vulnerability to extortive activity is also often influenced by the correlating elevated crime rates, levels of corruption and socio-economic conditions. red24 assessed the broad level of vulnerability to extortion by country within Europe, Turkey, Russia and the FSU. Several factors were taken into account when creating the list such as legal landscape, civil response capacity, crime levels, corruption. A sample of the country assessments is listed below:

There are several victim profiles which are considered to fall within higher-value target groups to extortionists than others. These include:

Regional outlook
While general crime across Europe, Turkey, Russia and the FSU has provided an environment in which extortive criminal activity flourishes, there are two additional driving factors that have fuelled this type of activity in recent years. These aspects are identified as varied/ever increasing technological advancements and ongoing regional security developments.

Technological advancement
Technological advancements, in terms of internet infrastructure, digital tools and software, have enabled an increased number of extortionists to engage in extortive criminal activity, independently and outside the geographical proximity required for traditional extortion practices. The growth in social media usage and virtual communication in particular, and the online presence of individuals/businesses, have allowed perpetrators the means to engage in online monitoring and pre-incident surveillance methods, outside of the geographical proximity required for traditional physical surveillance.

Regional insecurity and new criminal markets
The current elevated general insecurity in the region, due to the intensified migrant flows within and outside the region and increased terrorist-related activity has also influenced extortionist criminal activity. The influx of migrants has resulted in migrant smuggling and labour exploitation becoming emergent criminal markets for regional extortionists. Extortive criminal practices in this regard have also included incidents of kidnap and ransom, where migrant smugglers have held migrants or illegal immigrants in order to extort payments. This is illustrated by an uptick in kidnappings targeting Pakistani nationals in Turkey, as well as reported cases of bribery and corruption by immigration and border security officials in Greece, Hungary and Spain.

Threat preparedness and risk mitigation
In light of the political instability, economic uncertainty, terrorism risks and entrenched criminal activity in many areas of Europe, Turkey, Russia and the FSU, extortion will remain a prevalent criminal risk across the region for the medium-term at least. The diversity and operational capacity of extortionists will continue to be determined by the actors’ ability to adapt and adopt new methodologies and the domestic and regional security environment.

Business entities and individuals in or planning operations within the region are advised to invest in threat preparedness and risk mitigation planning in order to protect themselves and their employees from being adversely affected by this form of criminal violation.

For the full report, contact our K&R insurance team. 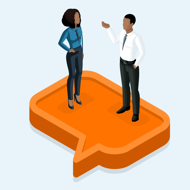