‘Duty of Care’ and Kidnap and Ransom Insurance

It is a basic tenet of the law of torts that employers owe a duty of care to their employees. How far this duty extends becomes unclear when employees of a business or organisation are victims of a kidnap incident.

This piece was written by Assistant K&R Underwriter Alexander Beaton and was first published in the online magazine ‘Safe Travels’. It can be accessed at http://www.safetravelsmagazine.com/2017/12/15/feature-alexander-beaton-at-cfc-underwriting-ltd-duty-of-care-and-kidnap-and-ransom-insurance/

We are all entitled, both legally and morally, to expect a certain level of care from our employers in our working environment. Many of the things we expect are obvious; for example clean and hygienic workplaces, personal protection equipment or correct training when dealing with hazardous processes or materials. However, work processes and environments change with the times and the increasingly globalised market means employees can find themselves more frequently in situations which are markedly different to those in which they are used to operating. In order to continue fulfilling their responsibilities towards their employees, businesses now need to consider risks to which they would previously never typically have been exposed. They may also lack the relevant experience needed to make suitable assessments of these risks in their day-to-day activities. What are those risks? Kidnappings or political evacuations count among them. Ideas such as kidnap, express kidnap, disappearance or emergency political evacuation are not usually found in the standard lexicon of businesses operating in developed economies; however, this is changing fast.

Duty of Care is a concept which mandates the legal responsibility of an organisation or business to give due consideration to the wellbeing and security of its staff. In the UK, a duty of care is owed to another person in order to ensure that unreasonable loss or harm is not suffered by them. Throughout the 20th century, the development of UK case law has placed an increasingly large obligation on employers to give due care and attention to the safety and wellbeing of their employees, culminating in the enshrining of this responsibility in the Health and Safety at Work Act 1974. There it reads, “it shall be the duty of every employer to ensure, so far as is reasonably practicable, the health, safety and welfare at work of all his/her employees” (section 2) – the laws of many other developed countries mandate similar requirements. However, in environments of uncommonly high risk, or when assessing ‘niche’ risks faced by individual employees in typically low risk environments, the vague idea of “reasonably practicable” measures mentioned in the Act presents a challenge, as illustrated by the following cases:

1) Flavia Wagner worked for the US-based NGO Samaritan’s Purse in Darfur, Sudan. She was kidnapped along with two local employees in May 2010 and was eventually released after being held captive for 105 days. Following her release, Wagner sued both Samaritan’s Purse and Clayton Consultants, who had been engaged to manage the kidnap incident. The suit accused the charity of failing to train security personnel to a suitable standard and further accused the organisation of ignoring heightened kidnap risk in the specific area of Darfur where the kidnapping took place, to which other NGOs had prohibited travel. Clayton Consultants was accused, alongside Samaritan’s Purse, of poor handling of the kidnapping, including the allegation that the failure to pay a ransom promptly unnecessarily increased the period of Wagner’s captivity and resulted in further physical and psychological injury. The case was settled out of court for an undisclosed sum.

2) Steve Dennis was kidnapped in 2012 in Dadaab, eastern Kenya, when his Norwegian Refugee Council (NRC) convoy came under fire. A driver was killed and Dennis was shot in the leg and taken captive with three others. The victims were rescued four days later, when the kidnappers came under attack by a pro-government Somali group near the Kenya-Somalia border. In 2015, Dennis filed two claims against the NRC for financial support for physical and psychological injury, and gross negligence in duty of care, believing that the organisation’s procedures, before, during and post-incident were insufficient and ineffective. Included in the suit was the allegation that inappropriate insurance coverage led to NRC’s insurers not providing a financial settlement covering Dennis’ personal losses. The verdict in the Norwegian courts found the organisation to be liable, and awarded compensation totalling 4.4m krone (approximately GBP350,000/USD518,000).

3) Events such as the Arab Spring and recent (attempted) coups in Turkey and Zimbabwe emphasise the unpredictability of the global security arena. The evacuation of in-country personnel due to political instability can be included within a Kidnap and Ransom insurance policy and has often been an important element of cover. While no legal ramifications are known to have resulted from failure to provide a political evacuation, domestic cases in various countries have identified culpability on the part of authorities deemed to be in a position of responsibility who did not seek to alert and evacuate at-risk persons. An example of this is an award of USD8m made to the families of two victims from the 2007 shooting at Virginia Tech University, who successfully argued that had the University notified staff and students sooner and instituted emergency plans following advice from law enforcement then lives may have been saved. The application of these principles to international evacuations is not a great stretch.

As seen in these examples, whilst the failure to plan adequately prior to deployment formed the body of the allegations, continued failings in the duty of care were claimed whilst the incident was already in progress. The purchase of kidnap and ransom insurance can go some way towards fulfilling the duty of care requirements, both in the abstract sense of purchasing ‘peace of mind’, as well as in a very tangible manner should an incident occur.

The covered risks, such as kidnap, extortion/cyber extortion, emergency political evacuation and disappearance, are wide-ranging and demand a very specific skill-set from responders. The ease of access to the specialist services of a global security consultancy included in an insurance policy allows the greatest chance of a swift and positive resolution to an incident. The period following the resolution of an incident is also critically important for the long-term health of a victim – a good K&R policy provides coverage for an enormous range of post trauma services, meaning a victim can rest and be rehabilitated with the continuing assistance of the response consultants while the organisation can re-group and maintain operations.

However, there are not many cases such as these in the courts and this means that very little is certain; the vast majority of those which have been contested have been settled out of court and, as such, few legal precedents exist in the area. In high risk environments, adequate kidnap and ransom insurance can readily be seen as a prerequisite to fulfil an organisation’s obligations, but considering the widespread availability of the product, the broad cover which is generally provided and the low premiums when there is little-to-no high risk travel undertaken, at what stage would the courts consider its purchase to be ‘reasonably practicable’? In the lack of legal precedents one can only speculate, but in more litigious societies this question cannot be ignored.

There is no question that the most valuable asset of an organisation is its people. Kidnap and ransom insurance provides support for companies during a crisis, and goes further than simply protecting the business’ balance sheet. More than just offering financial security to a company, it delivers invaluable support to victimsand next of kin during a fraught and stressful period. Optimal coverage, combined with the specialist services and extensive experience of dedicated response consultants can and does help employers to meet the ever increasing duty of care owed both legally and morally to employees on a day-to-day basis – and not just in high risk travel environments. 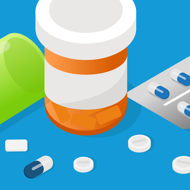