It hasn’t taken long for the new consumer products regulator – the Office for Product Safety & Standards (OPSS), to show businesses that it’s not going to be toothless in its drive to modernise the industry. Set up only in January 2018, it’s found the time to cite a timber distributor for failing to ensure its imports were not illegally harvested. This was announced on 2 March 2018 and given the company in question had time to appear in court and enter a guilty plea, this incredibly fast turnaround shows just how quickly the OPSS is willing to move when dishing out enforcement action.

The OPSS was set up with the primary task of identifying risks to consumers and improving the process of recalling goods from commerce. In terms of the industries and products which fall within the remit, these are generally categorised as non-food consumer goods, but does not include vehicles, medicines and medical devices, or workplace equipment and construction products. Its operations will focus upon national issues, with local authorities retaining jurisdiction over matters which are contained within their borders and will also seek to ensure consistency in enforcement, testing and standards across the UK.

In this vein it has published a code of practice for product safety recalls, which details ways in which businesses can monitor for and track safety issues in their products. It also gives guidance on how firms can interact with regional and national authorities to implement corrective action, recalls and track the effectiveness of these measures. Probably the most interesting part of the code of practice is that is contains guidance not only for firms, but also for the local authorities. This clearly shows that the OPSS feels the standards of manufacturers and regulators requires significant improvement to modernise UK product safety.

Other tasks the OPSS will busy itself with are contributing to and the organisation of research into consumer safety issues, as well as partnering up with various bodies such as the British Standards Institute for various projects (the BSI did much of the work on the recall code of practice).

Much of what the OPSS is doing is simply something another department was doing prior to its formation and it will be the same people doing it! A good portion of the OPSS creation was likely just a re-branding exercise. However, when consumer awareness of safety issues, both in food and non-food products is at an all-time high, especially given the ease of sharing these issues on social media, some modernisation and re-branding was necessary to keep UK product standards up with international competitors.

The OPSS’ effectiveness will be apparent during the next large non-food recall in the UK and judging by the frequency of these, we won’t have to wait long to find out… 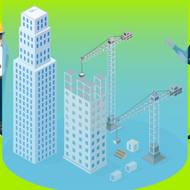