This month, we’d like to share the following articles featuring the latest K&R news. This post was produced in collaboration with our response consultancy partners, red24, EOS Risk and S-RM. Please feel free to share this with your clients.

The Impact of the Anglophone Crisis on Cameroon’s Kidnap Risk

Kidnapping poses an ongoing threat in Cameroon, with the risk greatly intensifying in the border regions with Nigeria, Chad and the Central African Republic (CAR), where various militant groups are active. Islamic State affiliated Boko Haram operate in areas along Cameroon’s northern border with Nigeria, particularly adjacent to Nigeria’s Borno and Adamawa states. In the past five years, there have been at least 59 Boko Haram orchestrated kidnappings in the Cameroon-Nigeria border region, including cases involving expatriate workers and tourists. Most recently in April 2018, the terrorist group kidnapped two truck drivers between Mada and Zigague in the north of the country.

Hawks set up a team to probe kidnappings of business people

The Hawks have set up a team of integrated investigators to probe the scourge of kidnappings in the country. The Hawks have claimed that more than 20 business people have been kidnapped in South Africa throughout the last 18 months.

81 reported kidnaps in the last 3 months

According to the records of the Flying Squad Unit and the Criminal Investigations Directorate (CID), there have been more than 80 kidnapping reports recorded by the police in the last three months. Five of these recorded kidnaps resulted in death.

A 13 year old South African teenager was kidnapped by a gang who demanded a ransom in bitcoin to the value of $123,000. Although it is usually wealthy businesspeople targeted, this is the first ransom demand for cryptocurrency in the country. 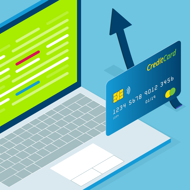 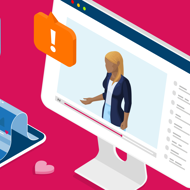