Developments in digital healthcare are paving the way for massive changes in the NHS, and these changes couldn’t have come at a better time. Currently, the NHS is in dire need of a digital health facelift, in order to meet ever-growing demand.

The UK population is projected to grow by 5.5% over the coming decade, and the NHS will need to embrace digital innovation, to better cater for huge numbers of patients with increasingly complex medical needs.

With this in mind, requirements for developing digital health technologies for the NHS have been published by the National Institute for Health and Care Excellence (NICE). The public body’s set of standards regarding digital development were announced in December 2018, and discuss ways in which the NHS can ensure new technologies deliver good value for money, while also remaining clinically effective.

So, how might digital innovation transform the NHS, and what issues can we expect these new developments to present, during the course of change?

One of the key ways in which we can expect to see digital modernisation alter the face of healthcare is through the traditional hospital visit. Currently, patients are seen in hospital for a huge range of illnesses. A hospital isn’t necessarily the best place for large numbers of these patients, though.

In the future, it’s more likely that in-patient hospital visits will be reserved solely for the sickest patients, such as trauma cases and those undergoing complex procedures. The fact is, hospital visits are costly, and they’re also inefficient when it comes to treating many everyday medical issues. One could even argue that continuing to operate on outdated legacy systems and delivery mechanisms puts patients at greater risk.

The government has previously shown a lack of interest in adopting digital technologies in order to increase the efficiency of the NHS. This has stymied opportunities for potential NHS partners, as well as local trusts.

A new emphasis on developing digital healthcare will open the doors for global digital health companies, inspiring innovation across the board. So, expect to see a greater focus on projects such as the recent Babylon Health pilot (a telehealth consultation and advice platform).

Recently, the Prime Minister pledged to invest in new technologies for cancer and chronic disease diagnoses, based on artificial intelligence. This is heartening news, and we’re looking forward to seeing how AI might shape digital changes in the NHS over the years to come.

These digital health technologies have huge potential benefits for patients, though they do present some threats to patient safety, which the NHS would do well to take note of.

It’s important to remember that AI technology can only ever be as good as its human input, whether that’s the data the program is exposed to, or the code itself. If its programmers do not fully understand the nature of disease, there is a potential for false positive and false negative errors.

AI-driven chatbots are causing concern amongst digital healthcare organisations, too. Recently, a BBC report highlighted issues with chatbots giving negligent advice to children. This potential for malpractice is something which requires further investigation.

Will it be smooth sailing for digital developments in the NHS?

The NHS is known for its spotty track record with digital initiatives thus far, so scrutiny will be required on all new strategies regarding digital development.

Just last year, the NHS discovered that it had failed to invite upwards of 450,000 women in for routine breast exams due to a computer algorithm error. The NHS is no stranger to embarassing digital oversights, either.

In 2016, the records of 1.6m patients were inappropriately shared between the NHS and Google’s AI subsidiary, Deepmind, during the early stages of app testing. And in 2017, 16 NHS service organisations were crippled by the WannaCry attack, because of a failure to update computer software.

The potential pitfalls of digitalisation

While it’s widely accepted that digital health technology is the answer to increasing the potential of the NHS, in order to cater for a growing population, the technology is not without risk. The biggest risks associated with digital health technology affect both consumers and healthcare providers. Data privacy is a big concern, and care will need to be taken over the proper collection, storage and transfer of data, particularly following GDPR.

The potential for medical errors must also be considered. Problems with digital technology could lead to misdiagnosis and inappropriate prescriptions being provided. Faults could even lead to the wrong medication being delivered to patients, or leave patients without the medication that they desperately need.

What do these digital developments mean for insurers?

In the UK, we’ve seen increasing interest from organisations operating in the telemedicine space, and we expect this demand to increase quickly given the NHS’s mandate for digital health. Indeed, many of our existing digital health clients in North America are now looking to expand their offering to the UK, thanks to these initiatives.

Digital healthcare organisations are facing a dearth of affirmative cover, however. Med mal policies have been keeping their triggers eye-wateringly static, despite the global risk of healthcare technology. Often, tech E&O policies extend to losses from ‘technology activities’ only, avoiding any cover of bodily injury. Likewise, cyber policies tend to exclude bodily injury cover. The result is a grey area, which will inevitably lead to finger-pointing between insurers, and a lack of proper cover for customers.

CFC’s bespoke policy for digital healthcare organisations is unambiguous in its coverage intent, and bundles together key exposures. Contact us to learn more.-

Digital innovation is set to transform the face of healthcare, not just in the UK but throughout the world. Ground-breaking new ideas and tools have the potential to offer patients faster, more accessible and more efficient care, which can only improve the healthcare system as a whole. While there will undeniably be obstacles to overcome, the future of healthcare is bright. Watch this space - you might not recognise the NHS after its upcoming digital facelift. 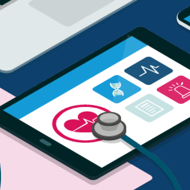 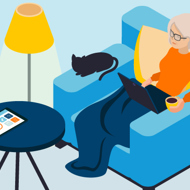 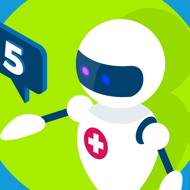