↑
Home > Resources > Faking it: Why fake news is a problem for social media companies
Article June 24, 2019

Fake news wasn’t often mentioned a few years ago, and yet its integration in social and political discourse has risen so sharply in recent years that it’s now something many of us hear about on an almost daily basis. But what is fake news, and why do social media companies need to be aware of it?

What is fake news?

Made famous by US President Donald Trump, the term fake news is exactly what it says on the tin. The phrase is used to describe false or inaccurate news stories, which can be circulated via tabloid news outlets, as well as propaganda sites and social media platforms. These news stories might include deliberate misinformation, hoaxes or propaganda.

It’s worth remembering that a story being denounced as ‘fake news’ isn’t always fake, however. Public figures can sometimes be found shrugging a story off as fake news if they simply do not agree with the subject matter or opinions in question.

How is fake news spread?

The growing prevalence of social media has made spreading misinformation easy. Misleading information can be found all over the internet, and inaccurate stories are often shared via social channels. Both humans and bots can spread fake news stories, either intentionally or unintentionally.

Social media platforms have a tough time monitoring user generated content, especially removing fake news before it is shared. In some cases, fake news items are not even in breach of terms of use.

Why is fake news a problem?

Fake news stories are often found on social media sites, and when you consider the fact that 41% of Americans use social media as their main source of news, the gravity of this problem becomes clear.

The extent of the misinformation being shared and consumed by individuals has meant that many communities are vulnerable to being misled about all kinds of different issues. In the context of democratic processes such as elections, the impact of fake news can be catastrophic.

What is being done about fake news?

Governments all over the world are considering how best to tackle fake news, with some countries introducing legislation aimed at curbing its spread. Recently, Singapore introduced a new law requiring online news sites and individuals to publish corrections and warnings on fake news, and remove inaccurate articles in extreme cases.

Digital giants Facebook and Google are broadly welcoming of regulation around fake news, but have voiced concerns over elements of the proposed law in Singapore, for instance. Both companies question the fact that this law gives the government the power to determine what is true and what is false, a decision which could have significant repercussions in terms of free speech.

What does a fake news legislation mean for social media companies?

In the Singapore example, government ministers have the power to hold individuals and social media companies accountable for anything that they consider to be a malicious falsehood capable of harming the public interest. Singapore’s Protection From Online Falsehoods and Manipulation Bill details penalties for disobeying fake news legislation; these include up to 10 years' jail time and a maximum fine of $1 million SGD.

In the UK, the topic of fake news is garnering more attention from parliament. Damian Collins, the chair of the Digital, Culture, Media and Sport Committee, has warned on the potential impact fake news is having on democracy and while he has not said that social media giants are breaking any law, he has called for more robust legislation to combat the problem.

These are, of course, just a couple of examples of how governments are starting to legislate against fake news, but the trend towards regulation is increasing. An upsurge in rules and regulations surrounding fake news stories could soon leave social media platforms heavily exposed. It is therefore imperative that brokers focus on this emerging hazard and ensure that any clients dealing in user-created content social networks, microblogging sites and news sharing platforms understand their responsibility, and potential liability, and have the coverage required to operate in this increasingly complex sector.

CFC Underwriting offers comprehensive protection, tailored to the exposures of social media organisations, from social networks and community sites to media sharing websites, bloggers and online games companies. Get in touch to learn more about our technology products. 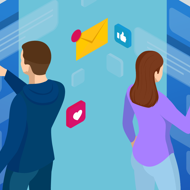 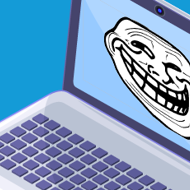 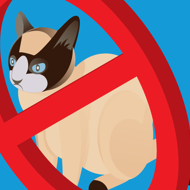