Kidnap and ransom policies are now needed by almost all organisations operating globally. In the past, such policies were usually only taken up by companies requiring staff to work and travel in high risk areas. But now, due to the changing nature of political and electronic threats, businesses and travellers can encounter problems in any region.

The threat of kidnapping in regions that had been considered safe is evident when we look at recent news. Three separate cases have been reported across the United States in recent weeks, one of which remains an active investigation.

On 30th June 2019 Curtis Jenkins III, the grandson of Camden City Council President Curtis Jenkins Sr, was kidnapped in New Jersey. The kidnapper, later reported to be Brandon Beverly, called the victim’s father on 1 July to demand a ransom in the form of 15 pounds of marijuana. The kidnapper also sent a proof-of-life photograph of the victim.

The ransom demanded by Beverly was not paid, and the victim was subsequently killed. The body of Curtis Jenkins III was later found dumped in an abandoned garage near Liberty Park, New Jersey. Brandon Beverly was arrested for the crime on 2nd July.

The 2nd July 2019 saw a woman abducted in downtown Minneapolis. The female victim was approached at the intersection of 12th Street and LaSelle Avenue, Minneapolis, and forced into a black sedan. The assailant is as yet unidentified, and there have been no ransom demands made. At the time of writing, the motive for the kidnapping remains unclear. The case is ongoing.

An express kidnapping took place in Nevada at the start of July 2019. The victim, who had been out hiking, was forced into a vehicle by two unidentified assailants. Perpetrators stole the victim’s phone and took him to an ATM, forcing him to withdraw USD 10,000. The victim was quickly released when assailants became aware of a police presence.

Kidnap and ransom is a very real threat for businesses and individuals all over the world. Anyone with overseas exposure, or with permanent operations in countries with a medium to high exposure of kidnapping or extortion should consider this risk, and take steps to ensure that they are suitably prepared for a kidnap and ransom incident.

CFC policies address a wide range of different kidnap and ransom threats, and can be tailored to meet the individual needs of companies and individuals. We specialise in marine piracy insurance, and protect businesses against emerging risks like cyber extortion. 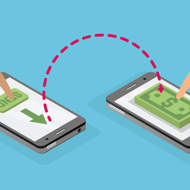 How to prepare for a kidnap and ransom incident