We’ve had a good look at a few of the most popular festive movies and can’t help but feel insurance is in order.

We all love a good Christmas film (we may have started a little early this year due to some extra hours at home) and we’re spoilt for choice – you can lose yourself in the romantic festivities or laugh at Christmas mishaps, but it got us thinking… some of these set ups are pretty risky! Our favourite Christmas characters don’t always have the smoothest of journeys and luckily there’s usually a happy ending, but in reality, a good insurance policy wouldn’t go amiss.

Yep you’ve guessed it - we’ve listed our favourite Christmas films and delved a little deeper into those possible insurance risks. You can’t be too careful! Especially over Christmas!

The loveable Buddy the Elf is pretty confused about his upbringing after he discovers that he’s actually a human. Before he heads to New York to find his biological father, he’s working in the North Pole and is the worst toy maker in the world (a real cotton-headed ninnymuggins), so he’s demoted to toy tester where he can keep an eye on quality control.

Poor old Jack Skellington is longing for something more than Halloween and stumbles across Christmas Town. Unfortunately, Halloween Town doesn’t quite understand the premise of Christmas and decides to kidnap Santa Clause/Sandy Claws…

Oh hello kidnap and random policy, wouldn’t it be handy to have you around? 24/7 access to expert response consultants, insurance against extortion, disappearance investigation costs, and costs incurred during a hostage crisis. Christmas Town would have really benefitted from this one.

Arthur and Steve are Santa’s sons and there’s a little bit of family competition over who is going to be the Big Red Guy’s successor. Whereas Arthur is the good-natured klutz, Steve is techy and organized, heading up an ultra-high-tech craft, the S-1, that delivers gifts to the world’s children with military precision.

The tech set up for this mega-ship is an impressive one, but it’s a cyber-attack waiting to happen! Frankly, we’re quite surprised Steve doesn’t already have a comprehensive cyber policy offering protection against the impact of system business interruption or a major data breach. Either event could lead to billions of pretty sad children.

Set on Christmas Eve, John McClane drops in on his wife’s work Christmas party, but it all goes wrong when a group of terrorists make an appearance. The terrorists, led by Hans Gruber, take control of the building and hold party-goers hostage, but of course McClane, a New York City cop, escapes detection and begins to take down the terrorists one by one.

Never a better use for a terrorism policy! Cover for damage to premises, restriction of access to property and utilities, and loss of income.

Kevin McCallister is accidently left behind when the rest of his family go on holiday over Christmas, but it’s not Kevin we’re focusing on - it’s those lovable rogues Harry and Marv, who repeatedly try and break in to the McCallister’s home.

*Disclaimer, we have not updated our appetite to include burglars.

This Christmas British romcom has a medley of characters, stories and love interests and they’re all inexplicably connected. All types of love are covered - true love, lust, unrequited love, affairs, platonic love, widowers – you name it, and at least one plot line will deliver.

It’s a double whammy of insurance needs in this film – we’re throwing in media licensing for Billy Mack’s disastrous cover of Wet Wet Wet, as well as some management liability insurance for the prime minister’s budding romantic relationship with one of his household staff.

The Griswolds have grand plans for Christmas, but after unexpected family members rock up, citywide power shortages due to excessive Christmas light installations, a harmless kidnapping, and a few explosions – nothing is quite going to plan.

Quite honestly this situation needs all kinds of insurance, but we’re looking at property and casualty because the family home goes through some detrimental changes. Bodily injury and property damage liability would be vital for the Griswolds and that unfortunate electrocuted cat.

That’s our Christmas movie wrap up! Did we miss out your favourite that's begging for an insurance policy? Or are you looking for more Christmas risks? Get in touch to find out more about some of the risks we actually write. 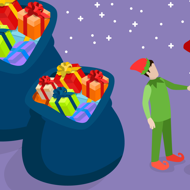 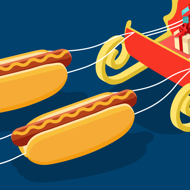