Is diversity the next D&O risk?

In 2020, a number of lawsuits were filed against several high-profile companies - Facebook, Gap, Oracle, Qualcomm, Danaher, Cisco Systems, Monster Beverages and NortonLifeLock - regarding the lack of diversity on their boards of directors, senior executive leadership teams and overall employee base.

These lawsuits have been filed at a time of increased awareness of the many issues and obstacles that black people and ethnic minorities face every day. Throughout the world, companies’ directors and officers will be acutely aware that employees, shareholders, clients and activists are increasing their scrutiny of how companies respond to the call for greater diversity and inclusion brought about by the Black Lives Matter movement.

Until recently, litigation against directors and officers over diversity was fairly uncommon. But the lawsuits against these large, public companies suggest that the chance of a company being sued over its diversity practices is certainly higher.

What are the allegations and demands?

The allegations against each company have strong similarities:

Idleness: In each of the lawsuits, there is a recurring theme that the companies and their boards have been idle when it comes to taking action in increasing diversity and inclusion throughout their companies, despite having the policies in writing.

Similar to environmental issues, inaction by a company’s governing figures has been, and will likely continue to be, a common complaint and cause for litigation. Inaction in this sense can mean a company’s failure to step back and reflect on its current modus operandi with regards to diversity (or lack thereof). It can also mean that a company fails to implement changes and enhancements to its diversity policies and procedures that it has promised to enact. The latter can also be perceived as knowingly making statements or promises that are false and/or misleading.

In the Qualcomm lawsuit, it states that Qualcomm ‘knew the Company had [diversity] policies in place on paper, but they failed to give the policies any teeth or enforcement. The Board’s conduct represented hypocrisy, bad faith, and disloyal conduct. The Board had a duty to cause the Company to comply with the law and its own Corporate Governance Principles, and failed to do so’.

The lawsuit against Facebook had similarities, ‘Facebook’s Board, which currently has only one Black individual, has consciously failed to carry out the Company’s written proclamations about increasing diversity in its ranks.’

Fiduciary Duty: Senior leadership teams - from the board to C-Suite and other high-ranking personnel – will likely be under scrutiny with regards to diversity, as will the diversity policies and procedures already in place (and when they were put in place), including those pertaining to HR and hiring. Outdated frameworks with weak commitment to diversity won’t be tolerated and allegations of breaches in directors’ fiduciary duties can follow.

Failure to fulfil fiduciary duties with regards to diversity is cited throughout the lawsuits. Oracle’s directors were accused of ‘[having] deceived stockholders and the market by repeatedly making false assertions about the Company’s commitment to diversity. In doing so, the Directors have breached their duty of candor and have also violated the federal proxy laws. Their conduct has also irreparably harmed Oracle.’

The lawsuit against Oracle states, ‘In short, Oracle remains one of the oldest and most egregious "Old Boy’s Club" in Silicon Valley. A sign advising applicants "Blacks Need Not Apply" might as well hang at the entrance to the Company’s...’ The lawsuit continues, ‘Oracle stands alone in the basement of just a handful of publicly‐traded companies that have earned the dubious distinction of having not a single Black person on its board.’

Self-reflection: Gap’s lawsuit saw the plaintiff reference Gap’s own acknowledgement of having weak diversity practices into the lawsuit. The company admitted, ‘While, we are well represented by gender, we have work to do across all levels and functions to fully represent Black and Latinx employees’. The lawsuit follows this up with, ‘The Director Defendants were aware of [not having ensured ethnic diversity in its workforce] and were complicit in these acts, thus demonstrating their scienter about Gap’s failure to ensure diversity and failure to pay minorities equal pay.’

What remediation is required?

For a shareholder derivative suit - where a shareholder brings the suit on behalf of the company against the directors - many states in the US (particularly Delaware which is a popular incorporation state) do not permit companies to indemnify their directors for the settlement. This means that the settlements are typically paid for by the directors themselves or by insurance. D&O policies will usually respond via the Side A, or via a Shareholder Derivate sub-limit if endorsed onto the policy.

In the case of a securities action against one or more directors, a company can indemnify its directors for both legal costs and settlement indemnity. Therefore, subject to financial capability and an indemnification provision, the Side B would respond.

With regards to exclusions, the main exclusion to note would be the Conduct exclusion. This excludes claims arising out of the gaining of financial advantage, personal profit or by committing a fraudulent act or omission. The latter is the most pertinent, as plaintiffs may allege that a company’s directors and officers knowingly disclosed false or misleading information about a company’s commitment to diversity. It is important to note, however, that this exclusion is usually only enforceable after a final, non-appealable adjudication determining this to be the case. Policies would likely still look to defend the accused against these allegations during the litigation process, but if a guilty verdict was issued, then the exclusion would be brought into play.

Is litigation the only path to change?

Undoubtedly, the changes demanded by the plaintiffs in these lawsuits could have a positive impact on diversity and would demonstrate companies’ commitments to improving inclusion. However with businesses under the spotlight to show evidence of their commitment to diversity, and with Bottini & Bottini insinuating that there is more litigation on the horizon, it’s likely that we haven’t seen the last of these shareholder derivative suits, and may also see securities actions or an increase in employment practices notifications as well. 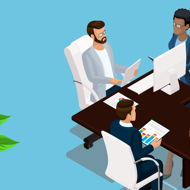 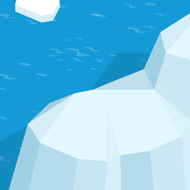