Imagine a nascent but fast-growing global market generating revenues running to billions of dollars and annual audiences well into the hundreds of millions. Now stop imagining – what you’re thinking about is the world of esports.

Esports have been developing for some years now, and the growing numbers and sophistication of the market prove it is here for the long haul.

Most of us are familiar with online gaming. Esports takes things one step further. Instead of people playing video games on their own, esports has created an entire online and in-person spectator experience around these games.

Professional players compete alone or as part of teams, battling each other in tournaments or as part of a league. Audiences fill out arenas, watching players fight it out on massive screens, or supporters log in online and watch their favourites play remotely.

In 2017, esports generated almost $700m in revenues worldwide and a global audience of almost 400 million.

In 2021, despite the impact of COVID-19 on physical spectator events, the market is forecast to have revenues of almost $1.1bn and an audience of 475 million.

There are many different stakeholders in the world of esports. There are the publishers who make the games that people play. There are then the tournament organisers. In many cases, publishers run their own tournaments, but there are also lots of third parties organising events.

Streaming platforms such as Twitch or YouTube Gaming allow players to record and broadcast themselves to online audiences, who can then engage with supporters as they play. These players are often part of professional teams.

There are then the fans, who watch online or attend live events. They spend significant sums on merchandise and can support players through donations and subscriptions.

On top of all this sit the sponsors who provide the lion’s share of the market’s revenue and in 2021 this segment will account for almost 60% of the money generated by esports.

Understandably, investors want to get involved in a market that is generating revenues that will exceed $1bn this year and where live stream viewer numbers are exploding.

The COVID-19 lockdown restrictions accelerated the growth in these numbers, which will continue to grow as more games are tailored for watching on mobile devices and the experience for remote users improves.

FaZe Clan has led the way in monetising interest in gaming through an entertainment-first model which has garnered a global fanbase of 339 million combined across all social platforms.

Audiences of this scale offer significant opportunities and it is no surprise that most of the money generated in the esports market comes from outside of competitive play.

New concepts are being developed quickly and are proving hugely successful. For example, a Travis Scott concert was hosted and broadcast within the game Fortnite. Players could drop in and watch the concert as part of their playing experience. They could also buy digital merchandise as part of the show.

The concert attracted 27.7 million unique viewers across five showings within the game, demonstrating the potential of these innovative events to engage new and sizeable audiences.

In 2024, esports is on track to appear at the Paris Olympics as a side event. This sort of mainstream exposure will further accelerate its already stellar growth and make it even more attractive to big brands and sponsors.

In recent months, the restrictions on live events created by COVID-19 have seen many professional sports turn to esport alternatives to maintain audience engagement.

It is also the case that as a developing market, esports has not yet been standardised, increasing the number of opportunities to engage with the multiple structures surrounding the various players, teams, leagues and tournaments.

In the same way that professional football, or any other established global sport, relies on insurance, elite level esports has the same need for safeguards and protections, and demand is growing.

It is a market that is brimming with potential from media, entertainment and advertising to sponsorship, contingency and individual players. To learn more about esports and key exposures, contact the CFC Media & Entertainment team here. 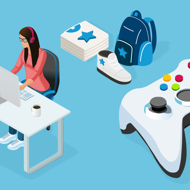 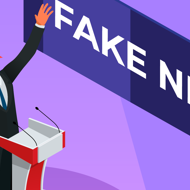