According to the FBI, between October 2013 and May 2018 alone, some $12.5 billion was lost worldwide due to funds being transferred following a type of social engineering scam known as business e-mail compromise (BEC). And any business that transfers funds electronically can be susceptible to losses of this nature.

One of our policyholders affected by a business email compromise scam was a law firm specialising in property matters. As part of the services that they offer, they can act as a neutral third party that holds all the funds and documents associated with a property transaction in an escrow account.

The scam began in April 2018 when one of our policyholder's employees received an email purporting to be from Microsoft. The email explained that the employee's email account had been suspended, but stated that if they could verify their account details on an attached link, Microsoft would be able to revoke the suspension. The employee clicked on the link which took them to what appeared to be a legitimate-looking webpage with a section for entering their Outlook username and password. Thinking that this was genuinely an email from Microsoft, the employee duly entered their credentials and carried on with their work.

This allowed the fraudster to monitor communication to and from the employee and gather information about upcoming transactions, including the identity of the buyers and sellers and their respective real estate agents, the amount of funds to be disbursed and the dates of closing.

Fake emails fly under the radar

The fraudster’s first step was to impersonate the law firm. They set up an email address that looked very similar to the actual attorney’s but they added an additional letter to the address line. So instead of saying @xyzlegal.com, it became @xyzlegall.com. Using this fraudulent email address, they then sent an email to the seller’s real estate agent, stating that, as previously agreed, the final payment had been made by check and had been posted by mail that day. As this was in accordance with the plan, this didn’t raise any alarm bells with the real estate agent.

Posing as the seller’s real estate agent, the fraudster sent an email to the attorney explaining that they had just spoken with the seller and that there was a change of plan: the seller now wanted the money to be sent by wire rather than check, and attached wire instructions to enable the transfer. To add an air of authenticity, the fraudster also copied the real estate agent’s genuine email signature on to the bottom of the email and imitated the real estate agent’s writing style, such as the use of the phrase “Best regards” when signing off an email.

The fraudster sent an email to the attorney explaining that they had just spoken with the seller and that there was a change of plan: the seller now wanted the money to be sent by wire.

Assuming that they were genuinely in contact with the seller’s real estate agent and because wire transfers are a popular payment method for property closings, the attorney duly transferred over $243,672 to the fraudster’s account.

A few days later, the seller explained to their real estate agent that they had still not received their check for the final payment. The real estate agent relayed this to the attorney, and it was only at this point that the attorney realised that something was amiss and that the funds had gone elsewhere. The incident was reported to law enforcement and the bank that the funds had been wired to. But because wire transfers do not put a hold on funds and the recipient can withdraw the funds immediately, it meant that all of the funds transferred had already been siphoned off to offshore accounts and attempts to retrieve the funds were unsuccessful. This unhappy state of affairs meant that there were no funds available to finalise the property transaction, leaving both the buyer and the seller unhappy and the attorney feeling embarrassed for having fallen for such a scam. Thankfully, however, the law firm had purchased cybercrime cover on their cyber policy with CFC and the loss was covered in full, meaning that the property purchase still went ahead successfully.

What the rise in BEC teaches us

This claim highlights a few key points. Firstly, it illustrates how much more sophisticated cybercriminals are becoming. In the past, it was not uncommon to see blatant attempts at funds transfer fraud over email, with an urgent appeal for help or bogus prize giveaways being just two examples. Now, however, we are seeing far more nuanced attacks. In this case, the fraudster managed to realistically impersonate Microsoft and get the attorney to input their details online, as well as pay close attention to detail to ensure that their fake communications between the real estate agent and law firm looked as authentic as possible, such as noting that the original plan was to make the final payment via check, setting up email addresses with very subtle differences in the address line, copying over genuine email signatures and imitating their writing styles.

Secondly, this claim also debunks one of the most common objections that organisations have to buying cyber insurance policies. Lots of businesses don’t think they need to purchase cyber insurance because they believe they have good IT security in place, such as firewalls and anti-virus software. But this objection ignores the fact that people are often the weakest link in an organisation’s IT security chain. According to IBM, 95% of successful cyberattacks and incidents are the result of human error. With increasingly sophisticated attacks like this on the rise, it makes it very difficult for employees to tell the difference between a real and a fake email, and it makes the chances of a successful social engineering attack against a business all the more likely.

Finally, this claim illustrates just how susceptible modern businesses are to funds transfer fraud losses. With more and more businesses conveying money electronically, the opportunities for cybercriminals to intercept these transfers is increasing exponentially. And almost all businesses are at risk. Funds transfer fraud made up 30% of CFC’s total cyber claims by number in 2017, and these losses affected businesses from a wide range of trade sectors, from schools and social media companies to hospitals and high street retailers. The message, then, is clear: any business that uses electronic funds in the course of their business activities is vulnerable to these kind of attacks and having a cyber policy with crime coverage in place is essential. 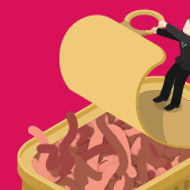