Fashion retailer defends use of pattern after artist alleges infringement

A fashion retailer*, established in 2015, has a $25m revenue. They sell fashion items in store and online across Europe and North America. The retailer has an in-house design team who monitor seasonal styles and trends, in addition to partnering with well-known icons for limited edition pieces.  Many of their fabrics and prints are purchased through wholesalers globally.

Representatives for an artist sent a cease and desist letter alleging that a textile pattern, used across a number of clothing items for that season, was infringing the artist’s copyright.

The fashion retailer had CFC’s intellectual property (IP) insurance, which provides cover for the defence of infringement claims. This part of the policy will cover the costs of defending against allegations of infringement by a third party, and can also cover the out of court settlements, or damages awarded by a court, as a result of the claim.

The fashion retailer worked with CFC’s claims handlers to appoint a suitable legal representative. While they could have selected their own representative, as per the terms of the policy, they chose one of CFC’s recommendations due to the lawyer’s experience handling fashion disputes in the relevant legal jurisdiction.

There were a number of defensive strategies available.  The options included attempting to argue the textile was not sufficiently similar to the artist’s copyright, arguing the copyright was not enforceable, or attempting to reach a commercial agreement with their opponent.  All these defences could have been valid and are indemnifiable on the IP insurance policy.

Although the fashion retailer did not believe the artist’s pattern was the same as the one used on their clothing range, they were keen to resolve the dispute quickly, and without publicity, because it was a successful product and they were keen to protect their reputation. Together the parties applied a negotiation strategy to steer the artist towards a settlement agreement.

After a few weeks’ discussions, the fashion retailer’s legal representative negotiated on the extent of copyright infringement occurred and the reasonable terms of a licence agreement going forward. The fashion retailer successfully secured a licence for the use of the pattern on their clothing without restriction.

CFC’s IP insurance covered $150,000 in legal expenses and paid $200,000 as an out of court settlement to the artist, to reflect the period and extend of copyright infringement.

In addition, the legal representative also negotiated with the fashion retailer’s fabric supplier, because they were arguably contractually liable for a proportion of the costs incurred in the dispute. This negotiation reduced the total costs of the fashion retailer’s claim by $75,000, which was beneficial for their claims history. The fabric supplier also agreed to contribute to payments made to the artist for future sales in the licence agreement.

* The companies and circumstances in this case study are fictional, but the scenarios are based on enquiries and cases we have seen. 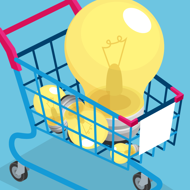 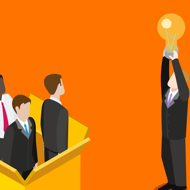