An event producer that specialises in immersive experiences, installations and art exhibitions has a revenue of $20m. The producer regularly works with artists and creatives to bring their installations to life.

For a recent project, the producer approached a local artist after seeing one of their character designs they thought could feature. The artist agreed the design could be used and the producer offered $1000, as well as group membership and revenue share. The producer also made attempts to create a formal license agreement, as they wanted to use the character design across various areas of the project.

The project became an incredibly successful multi-million-dollar art installation with hundreds of thousands of visitors a year coming to see it, including the pivotal character design. The character design was subsequently used on other platforms, including merchandise sold in the on-site gift shop and a short film.

Six months later the artist claimed that the initial payment and offer value did not equate to the money the producer was now making from the character design. The artist later alleged that the producer had exploited her skills and infringed on her intellectual property (IP).

The event producer had CFC’s media liability policy, which provides protection to licensees for unintentional breach of license agreement, as well as IP infringement. The policy also gives clients access to CFC’s award-winning in-house claims team who supported the event producer through this process and assigned legal experts to negotiate with the artist.

The case was complex due to the initial licensing negotiations being discussed via email, with no formal licensing agreement contract. The artist, despite consistent chasing from the producer, would not sign a formal licensing agreement as they felt the income producers had offered her, did not reflect the contribution to the project, especially given the substantial revenue the producers had already received from the project. As no commercial solution could be reached, legal counsel was instructed to defend the claim brought by the artist.

The negotiations took several years. During this period, the producer was unable to use the character design on any future installations or new merchandise, however they were able to continue benefiting from existing merchandise sales despite the original art installation finishing. The artist became combative about the situation and prolonged searches and legal activity to purposely escalate costs unnecessarily. The artist finally accepted to sign a new license agreement for the character design so the event producer could continue using it in future installations and merchandise. Due to the producer having the correct insurance policy in place, they were able to stop costs escalating astronomically, however the legal fees amounted to $100,000,000 and $450,000 for indemnity.

Circumstances like this are a common occurrence and a legally reviewed license agreement for artists and brands could save hundreds of thousands of dollars in litigation if a dispute arises. Worse still, if no license agreements are in place, businesses are at risks of much lengthier legal process and financial pressures could stop them operating altogether.

To find out more about CFC’s media and licensing liability insurance, please contact the team media@cfcunderwriting.com. 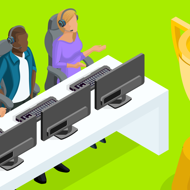 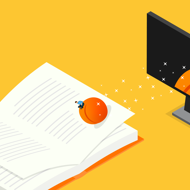 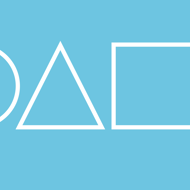