A family-run farm* has been operating for generations, specialising in the vertically integrated growing, processing and distribution of padron peppers. With revenues of around $50,000,000, the farm has a strong reputation, a well-recognised brand and a substantial market share of the padron pepper market.

The farm is responsible for the product from farm to fork and follow stringent processes to ensure the safety of the product. Test results are recorded and stored for several years and the farm has not had any previous contamination incidents.

News is beginning to circulate of an E. Coli outbreak originating from some padron peppers, and the Centers for Disease Control (CDC) and Food and Drug Administration (FDA) have been investigating the source of this. During the process of these investigations, and due to an initial inability to identify the source of the outbreak, the FDA released a written advisory warning. It stated that customers should stop purchasing and consuming padron peppers due to an outbreak of E. Coli and suggested that retailers and food outlets should stop selling the product. The advisory warning did not name any one brand or supplier, and despite the farm being confident that the product was not contaminated, they immediately felt the financial impact.

In less than a week following the advisory warning, the farm saw its sales ground to a halt with no new orders, and customers cancelling existing orders.

The advisory warning was untimely, taking place during peak season, and resulted in lost orders and sales equating to $7,500,000. The FDA were eventually able to trace the E. Coli to a particular facility and issue a recall for those specific peppers, rescinding their general market advisory.

Unfortunately the reputational damage had already caused an impact with a decline in sales, cashflow and forecasted results.

Traditional recall policies do not cover this type of event as the generic product has been identified by regulators, rather than the insured’s products specifically. Out-of-date product refusal extensions usually require that the recall of a competitor’s product has caused the insured’s loss, rather than an industry-wide health scare and often require that a customer reject a pre-ordered shipment, offering negligible protection if customers simply cease ordering the affected product.

Fortunately, the farm had purchased CFC’s Contamination Product Recall insurance, with CFC’s Regulatory Advisory Endorsement. The Regulatory Advisory Endorsement protects a policyholder against loss of sales as a result of an official written advisory warning being issued. Without this cover in place the impact on the farm would have been significant, causing catastrophic business interruption for several months after and perhaps even jeopardising ability to continue trading in the future.

Find out more about CFC’s product recall policy and the regulatory advisory endorsement, or contact the team. 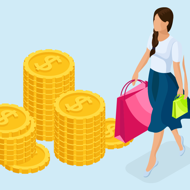 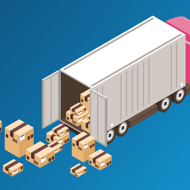 Is a recall ever good?