Though increasingly mature, cyber insurance remains the ‘new kid on the block’ of the insurance proposition, and it has never run short of ways to differentiate itself from how insurance is traditionally considered, required and sold. From its stance on moving insurance from a reactive to a proactive offering, to its focus on intangible assets, to its emphasis on education around cyber risk – cyber insurance has set the bar on what it means to be a company operating in the modern trading environment.

The demarcation of cyber as an insurance product is also clear from its pricing noted Nelson, unlike other markets, cyber is not considered cyclical. Other product lines can talk of hard or soft market conditions, but the movement in cyber insurance pricing in recent years is, in fact, a market correction, she suggested.

It's about getting that balance right and making sure that we can have a sustainable market, while maintaining the integrity of the products

“It’s no surprise that over the last couple of years, as a result of rising ransomware costs and fears around systemic risk, cyber has been in that corrective state,” she said. “But we’re painting a much more positive picture than we were this time last year. For our broker partners that has meant they’re finally getting out of the storm they’ve been in for a little while – which has mostly been due to the need to get the price right to match the new threat environment we’re in.

“And for us, it’s always been about getting that balance right and making sure that we can have a sustainable market, while maintaining the integrity of the products. For the last few years, that’s meant the price needs to match the exposure which is where the challenge has really been. But barring any significant movements, we strongly believe our brokers can expect to see stabilisation in rate in the months ahead.”

You can read the full article on the Insurance Business website 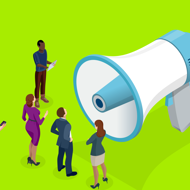