Lex Machina was very quick off the block in releasing their patent litigation statistics for 2015. They reported an overall rise of 15% in the number of litigations from 2014 (5,070 to 5,830) making 2015 the second busiest year for patent litigation of all time.

The Eastern District of Texas continued to be the most popular venue (in fact, not only was it the most popular, but it saw more cases then the next four most popular venues combined) and this was driven, unsurprisingly, by patent trolls. Whilst it was clear by the third quarter that the number of filings would exceed the previous year’s, it was the fourth quarter that saw the most significant increase – a somewhat anomalous result given that cases tend to drop off at the end of the year. The explanation for the significance of the increase may be that the Supreme Court are abolishing the current form for pleading patent infringement (Form 18) and replacing it with a new form which will mandate a higher standard of reporting. Consequently, canny plaintiffs are filing early to take advantage of the current system.

Unified Patents have also released their 2015 review. As well as highlighting the overall increase that Lex Machina reported, Unified showed that when patent trial and appeals board hearings are included in the overall litigation statistics, 2015 was the busiest year yet for patent disputes. Other key findings of the report include:

The fact that patent troll suits have continued unabated may come as a surprise to some, what with Alice Corp and the rise of Inter Pares Reviews. Indeed, looking at the headline litigation figures, these reforms and others appear to have had no discernible impact. However, anecdotal evidence from attorneys and defendants suggests that NPEs are adjusting their strategy, not by filing fewer suits, but by requesting lower settlements. Inter Pares Reviews may be more likely to succeed following Alice, but they are stil likely to cost USD250,000 or more, so if a troll requests substantially less then the defendant might still be pliable.

Joe Mullin of Ars Technica suggests that lower settlement figures may be leading to a shotgun approach in which patent-holders go after more targets to compensate for their diminishing settlement figures. This could be bad news for small companies who would previously have not been worth an NPE’s attention. 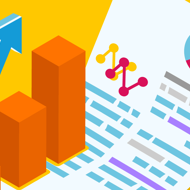 Why the SME manufacturing industry needs to reconsider risk management