Emerging risks in the tech industry

Thousands of ambitious tech innovators launch new startups every year, and the ideas from these companies are changing the way we interact with each other on an unprecedented scale.

But these new tech companies are faced with outdated insurance cover as traditional tech package policies simply weren’t designed to cover the emerging risks and exposures that we see today.

In the tech world, errors and omissions policies are a prime example. A classic errors and omissions (E&O) policy would have cover focused on things like breach of contract or negligence. These basic tech E&O packages are no longer enough. Today’s tech companies need bespoke cover that reflects the emerging exposures that didn’t exist even 10 years ago.

Underwriting the potential of new tech

When considering traditional technology insureds, underwriters would draw on basic factors like revenue, contract values and the scope of services. This doesn’t suffice for the modern-day tech firm.

Vicarious liability is an exposure that we now need to consider very carefully. Our international technology team leader Charlie Murray explains, “When you’re underwriting an emerging tech account, you’re not really underwriting the business per se, you’re underwriting what other people are going to do with that tech.”

Dating apps are a prime example. If one user forms a relationship with another via a dating app, and then goes on to injure the other party, then the dating app may well be brought into action. Other emerging risks include any business interruption arising from a cyber event, contingent business interruption, regulatory breaches and the fines associated with them, and user-generated content.

CFC’s specialist team recently wrote a bespoke policy for a multiplayer horse-themed role playing game. In the game, users can care and train horses, interact with other players and solve challenges and mysteries. The interactions between users is key here - the more users interact with each other, the greater the chance of defamatory or offensive user-generated content.

The potential for damaging lawsuits in the world of online gaming is colossal, as we saw when the company behind another role playing game was held liable for cheating on its platform.

The game in question gave its players the ability to speed up character or story-line progress by spending real-world currency. But there was a problem. Some players quickly became extremely powerful, and it was discovered that they had been cheating - using hacks to improve their characters.

Non-cheating players brought this to the attention of the game moderator, but no action was taken. As a result, players brought a legal action against the studio. They claimed compensation of lost time, monetary investment, loss of enjoyment and legal fees, and they were successful.

Intersection of product liability and E&O

The capabilities of new tech startups are developing all the time, and policies must be written with the multifaceted processes of these companies in mind. Consider, for instance, that many tech companies may rely on both hardware and software to deliver their services, and it’s vital that policies reflect this.

For example, a tech company providing bee colony monitoring devices could find themselves in a sticky situation should one of their devices fail. If monitoring capabilities are interrupted there could be significant damage to colonies. The resulting loss could either be covered under their products liability (part of their general liability policy) should the hardware have failed, or under their E&O policy should there have been a software fault.

But what if it wasn’t possible to determine exactly which part was to blame and the insured had their different coverage lines with different insurers?

The likely result would be a time-consuming battle between different insurers, with each hoping to pin the liability on the other. For this reason, companies would do well to seek complete coverage for all potential risks and exposures from a single specialist insurer.

With twenty years’ experience providing insurance to some of the world’s most innovative startups and tech companies, our team understands the evolving risks facing the tech industry. Explore our bespoke technology products, or get in touch to learn more about CFC’s technology insurance policies. 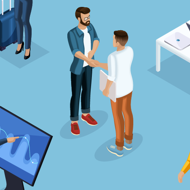 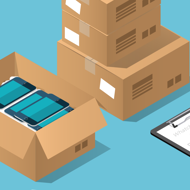 Whatcha Packing?! The importance of packaging insurance for technology enterprises