When a manufacturer of kitchen units suffered a ransomware attack, they lost more than they bargained for.

Compared to many other industries, manufacturing has been slower to purchase cyber cover. Because they typically don’t hold large amounts of sensitive data, and as cyber policies have until recently been seen as being focused on protecting against the risk of a data breach, manufacturers often don’t believe that they are overly exposed to cyber risk.

However, most modern organisations will utilise their computer systems to perform certain key business functions in one way or another. Should those systems become unavailable as a result of a cyber attack or a system failure, it can have a detrimental impact on the business in question and result in substantial losses being incurred.

This is precisely what happened to this medium-sized manufacturer of kitchen units, specialising in providing bespoke pieces for the residential property sector.

The key takeaway points are:

Like what you're reading? CFC's cyber claims case studies have been nominated for Cyber Risk Innovation of the Year at the 2019 Advisen Cyber Risk Awards. Click here to cast your vote! 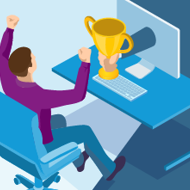