A meat processing manufacturer was left in the lurch by bankrupt supplier.

A meat processing business* has been producing cold meats and steaks for wholesalers since 1952, and has grown steadily to revenues of $175,000,000 a year. The company has a strong reputation among its clients and is considering expanding its business into gourmet salamis and chorizo.

Roughly 70 percent of the manufacturer’s beef is sourced from a local farm, but, without notifying the manufacturer, the supplier had been falsifying the origin documents of some of its stock. The farm stated that it reared and slaughtered all of its own cows, but six months ago a disease wiped out 25% of its herd and to fill the gap, the supplier began buying slaughtered stock from other abattoirs, without informing its clients of the change of source.

As a well-run operation with good quality assurance procedures, the meat processor ran product tests for harmful bacteria which can often be found in meat and waited for the results before releasing any products to clients. The meat processor’s products began testing positive for salmonella and they immediately notified the United States Department of Agriculture (USDA). When trying to trace the source of the contamination, it became apparent that only products using beef from the local farm were affected. The USDA inspector and the farm management were informed the same day. The falsified source documentation had initially stood up to perfunctory reviews, but on closer inspection, the USDA concluded that the salmonella infection could be traced back to the third party abattoir used by the local farm.

The USDA investigation suggested that the supplying farm had been misrepresenting documentation for some time; and the regulator issued a recall for all products incorporating ingredients sourced from the offending farm from the last six months.

Due to the reliance on this supplier, $61,500,000 of the meat processor’s revenue was subject to the regulator’s recall order. This value equated to the last six months of meat sourced from the falsified farm, however the majority of this would have been consumed by customers and so only the product remaining on shelves, in distribution or in people’s freezers at home needs to be recalled and discarded due to the USDA discovery. The costs of recalling the remaining
contaminated products still on supermarket shelves or waiting to be distributed amounted to $5,000,000. This included client notifications, transportation, storage, disposal and replacement of the recalled product, and any expenses clients incurred as a result of this process. The meat processor also lost several valued clients and sales took a hit as customers no longer trusted the brand. A year later, sales were still down $10,000,000 on the previous year. As meat processors typically run on very narrow profit margins, this extraordinary cost of $5,000,000 and the sales loss of $10,000,000 completely eroded the company’s profits, making it difficult for them to service their debts, invest in capital and sales and fight off their competitors in what is a very crowded industry.

The manufacturer had a supply contract in place with the supplier farm. The contract obligated the farm to indemnify the meat processor for any losses, liabilities or expenses incurred due to the supply of unsafe or unfit beef. Unfortunately, the farm declared bankruptcy shortly after the suspension order, so the contract became moot as there were no assets to pursue.

The meat processor had taken out CFC’s contaminated product recall cover and the costs of the recall were reimbursed, giving the manufacturer much needed immediate financial relief and ensuring their liquidity. The policy also included a business interruption section, which picked up the lost sales of a company in crisis. Lastly, this recall could have permanently damaged the customers’ trust in the brand, so a branding campaign was launched to reverse the negative publicity, the cost of which was also covered under their insurance policy. If the meat processor had not had recall insurance, they would have been without financial reimbursement for enduring brand damage and an entire year’s worth of wiped out profits. 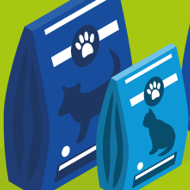 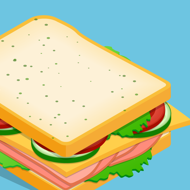