An architect and construction management firm faced a number of allegations following a breakdown in its relationship with the general contractor it had been retained by.

The insured offers architectural, mechanical, HVAC, plumbing, electrical, structural, permitting, and construction administration services and has revenues of $400,000. They were hired by the general contractor to work on the interior renovation designs and construction management of a spa the contractor was developing.

The spa was a $300,000 project, with the design part equating to $9,500. Initially, the relationship between the insured and contractor was going well. Numerous meetings were held, and plans were made, as well as discussing budgets and timeframes.

Unfortunately, as the project developed there were disagreements between the two parties over the design and construction. The contractor realised the preliminary building designs were negligent and would have a costly impact on the continuation of the project, unless they were rectified. The contractor alleged that the architectural services provided were sub-standard and had been led to believe, prior to the project starting, that the insured could complete the spa to a high standard.

Any minor construction and building that had begun on the project had to be halted, while the contractor double-checked the standards and quality. The cost of delaying and reviewing the existing designs and construction came to $180,000, an amount the contractor had not anticipated.

Allegations of negligence and breach of contract

The general contractor alleged that the insured’s work was negligent, failed to provide a professional standard of care, and was a breach of contract.

At the time, the insured held a CFC Architects & Engineers Professional Liability policy which includes comprehensive coverage for errors & omissions inclusive of contingent bodily injury/property damage, breach of contract, subcontractor’s vicarious liability, pollution liability as well as legal coverage plus more. In this instance as the insured’s services were deemed sub-standard and caused the project to be delayed this was a breach of their contractual agreement.

A strategic decision to mediate

Defence counsel was quickly appointed, tasked with reviewing and analysing the insured’s potential liability and exposures. The CFC claims team advised that legal proceedings could be incredibly complex, and could last for several years, so the insured agreed the strategy to reduce the exposures in question by pursuing an early resolution at mediation.

Throughout the process and with the goal of minimising damages, the CFC claims team worked closely with all parties, including the appointed legal counsel. Ultimately helping reduce the insured’s exposure to just $60,000 securing mutual releases and without admitted liability, instead of the initial demand of $180,000 and protracted litigation. 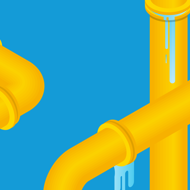