Promotions consultant in breach of contract after failing to deliver

A promotions company failed to distribute campaign materials, and faced a colossal claim brought by its client.

The promotions consultant had been contracted by their client, a reusable razor company, to distribute 500,000 reusable razors over three months as testing kits. The testing kits would gather valuable customer feedback to help improve and develop their new product. The kits also included customer incentive with a discount on their first purchase.

After three months, only a few thousand survey responses had been returned to the client. Disappointed with the uptake in responses, the client decided to investigate why so little feedback had been gathered. The client had included various proof contacts in their distribution list, and after checking that the testing kits had not arrived at the proof addresses, they spoke with the promotions consultant.

They soon learned that the promotions consultant had failed to distribute all the testing kits due to a management restructure and changeover in staff, with less than
half distributed in the timeframe agreed. As a result, the client decided to claim against the promotions consultant for the costs and losses associated with the testing program as well as the wasted sample kits.

The client claimed over $1,000,000 in costs, which they believed covered the total monetary loss of the failed campaign. Luckily, the promotions consultant had purchased CFC’s professional liability insurance which provides comprehensive legal cover, contractual liability cover, claims cover and business interruption cover. The cover was triggered when the promotions consultant was faced with litigation for failing to fulfill its contractual obligations.

The case itself was complex, with a very real risk of considerable defense costs should the claim be brought before a court. For this reason, the client opted to pursue mediation. It was difficult for the client to prove a total financial loss as the potential of the campaign was subjective. The promotions consultant was sued
for each individual sample kit that should have been dispatched, but never reached the consumer – over 200,000.

Within a year, the CFC team was able to bring the case to a quick, mutually agreeable resolution. The agreed to a settlement figure was $600,000. Of this total sum, just $10,000 was spent on defense - a hugely beneficial result which clearly shows how much can be saved through successful mediation.

Why does my client need E&O cover? 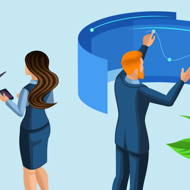